SIPADAN a.s. has supported sports activities of both big and small organization and teams in the Czech Republic for years. At the same time we work with a selection of clubs to provide security of football stadiums. Therefore, it was not a surprise that our company became a sponsor of the Czech Football Representation and at the same time is a partner of the spring round of Gambrinus League 2010 and Ondrášovka cup. As a result, the company logo and its slogan appear during selected matches broadcasted live on Czech TV channels.
Sipadan company deputies have participated as an escort at the friendly match of the Czech Football Representation in Glasgow, Scotland on 3.3. 2010, where among other things SIPADAN company presented the billboards right during the match at the Hampden Park Stadium in Glasgow. Attached photo is from a selected spring round of Gambrinus League 2010 and was supplied by the STES a.s. company, which is the marketing company of ČMFS and for which SIPADAN also provides services in security and cleaning. 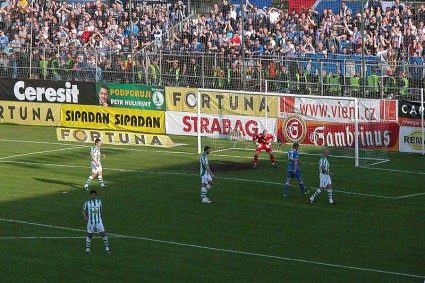 References of our cleaning and security services.

We are happy do discuss your options and recommend the best.